The changing face of travel.

I was recently re watching one of my favourite films, The One Hundred Foot Journey. Each time I watch it, a sentence spoken, usually by Om Puri, who I think is fabulous, triggers a thought. This time it was a scene when his family were trying to prevent him from purchasing the closed down restaurant in the French village they end up in as it was opposite Le Saule Pleureur, a Michelin star restaurant.  Their logic is that French people do not eat Indian food and only like French cuisine, they can’t compete against a restaurant of such repute and one which the ‘Minister’ visits regularly. Papa Kadam, the character played by Om Puri, insists that people don’t eat Indian food because they don’t know about it, they have never tried it, and if they had, they would. End of conversation and the restaurant is purchased.

This scene resonated with me as I operate in the travel equivalent. Over the last few years I have argued and battled and pleaded and begged people to get not only off the beaten track but to delve deeper into the mainstream destinations; they have so much more to offer than any standard sightseeing tour visits.  It is a fact that the face of travel is changing. People are looking for the experiential and the extraordinary, seeking out what is real rather than a bunch of dead monuments. Travellers want to get under the skin of a destination, meet the people, and have meaningful, insightful or even just fun interactions.   These are the encounters which make the stories which stick in the memory.

For any destination in India, travel operators offer the same old same old sightseeing program which has been operating, without change for the last 20 years. It makes me want to kill!  But, times are changing and this is no longer enough to satisfy a travellers curiosity.  Travellers want to get under the skin of a destination, meet the people, and have meaningful, insightful or even just fun interactions.   These are the encounters which make the stories and stick in the memory or visit a destination which someone else may not have seen.  It’s not rocket science, anyone who follows me on here, or on FB will see just how many diverse destinations there to explore and experiences to have. It can be never ending, as I often say, the more you discover, the more you discover there is to discover.

One of the reasons I joined a DMC in Delhi was in order to have access to a much wider audience than I can reach as an individual. I love this country and want to inspire the same passion for it in our visitors that I have. Therefore, nothing makes me happier than when our agents agree to include new experiences or sights in their itineraries.

One of our agents recently included a couple of new options into their programs: 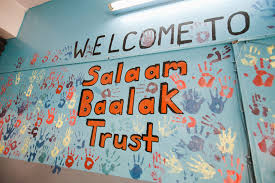 Every year, thousands of children run away from home and come to Delhi in search of a better life. Invariably they end up on the streets, begging often turning to drugs or are abducted and forced into prostitution. Established twenty eight years ago, the Salaam Balaak Trust is a charity which aims to take children off the streets. Where ever possible they try to reunite them with their families back home, but only if it is safe to do so. In the interim, they provide a day care centre where education is provided, medical attention given as well as lunch and they have also set up homes to provide 24 hour shelter to the children. As one way of earning money for the charity, some of the older children conduct walks which, as most children arrive by train, start near New Delhi train station, visit the contact shelters and the children’s homes, visit the railway station and take a walk around parts of old Delhi which most tourists don’t see. It’s not all doom and gloom! These children are given great opportunities and there are many success stories of ones who have gone on to great things whether Bollywood acting, photography, engineering, the list goes on. This is a wonderful experience to see a different and very real side of India, but one that is also rewarding and has the feel good factor, just by doing this walk, you are contributing to the cause.

To see how they have included this: https://www.travelsphere.co.uk/en-gb/tours/grand-tour-of-india/

Since time immemorial, the problem of water has been a profound one particularly in the northern desert states of Rajasthan and Gujarat. Prolonged hot, dry seasons are interspersed with torrential seasonal monsoons, causing flash floods where the water disappears almost immediately. In ancient times, a practical solution was required both for locals and traveler’s journeying the trade routes. Thus, the concept of step wells was born. These were often magnificent, quite ornate and extraordinarily beautiful structures, providing visual pleasure as well as practical relief.  There used to be hundreds across these regions, many have fallen into disrepair but a few survive. Nowadays they are not used for practical purposes, but their extraordinary, wistful, almost romantic beauty draws the adventurer seeking beyond the main sites.

The most impressive of all of these wells is the Chand Baori in Abhaneri, between Agra and Jaipur, it is a deep four-sided structure made up of 3,500 terraced steps, on three sides which lead down to 13 stories to a depth of 100 feet. The fourth side is taken up by a vast temple dedicated to Harshat Mata, goddess of joy and happiness.

To see how this fits into an itinerary:

Mission accomplished, or off the starting blocks at least! 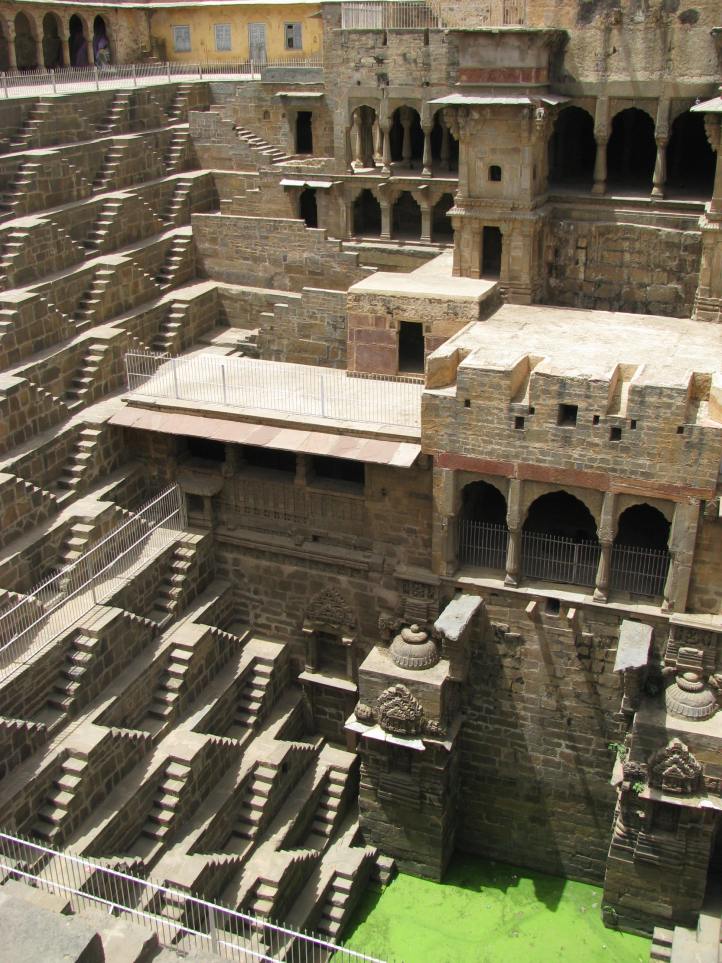